American digital cable and television satellite network, SundanceTV, has acquired Australian-New Zealand drama series ‘Cleverman’ which will premiere in 2016. Set in a near future dystopian landscape, and based on the original concept by Ryan Griffen, ‘Cleverman’ tells the story of a group of non-humans forced to fight for survival in a world where humans feel increasingly inferior and want to silence, exploit and erase them.

As well as being acquired by SundanceTV, ‘Cleverman’ will also be premiered at the upcoming Berlinale, with two episodes being released for Europes most celebrated film event. The show will be presented as part of the Berlinale Special Series at the Haus der Berliner Festspiele, alongside new shows from heavyweights such as Susanne Bier and Nick Hornby.

Red Arrow International is distributing the show worldwide and will have its market launch at MIPCOM in October. 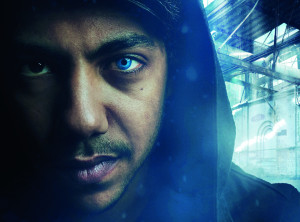